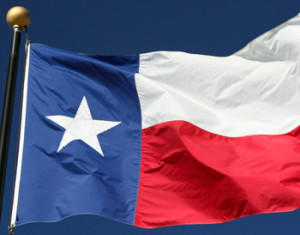 The Texas Racing Commission on Thursday voted by a 5 to 4 margin to repeal rules for historical racing at Texas racetracks. The vote seemingly ends a drawn-out ordeal dating back to 2014 when the TRC authorized the form of pari-mutuel wagering that has proven to be popular and successful in other states.

After originally passing the rules for historical racing, the TRC faced pressure from some state legislators to repeal them, and the agency’s ongoing funding was put in jeopardy. This vote should clear the way for the TRC’s funding to be restored, but it also puts the future of the industry in Texas in question.

“Today’s vote was brought about because of extreme pressure placed on commissioners by a small handful of Senate leaders with threats to shut down the (Texas Racing Commission) if historical racing wasn’t repealed,” said Texas Horsemen’s Partnership Executive Director Marsha Rountree. “We maintain that the budget rider that forced this vote was unconstitutional and that today’s actions are meant to deny us our day in court. Real Texans will now suffer due to the continuing decline of the horse racing industry in Texas.

“Horse racing has been approved by voters and historical racing is a legal form of pari-mutuel wagering covered in the Racing Act,” the statement continued. “If Lieutenant Governor Patrick truly wants to help the Texas horse industry, as he has claimed, he will work to approve legislation in the 2017 session to give Texas tracks a fighting chance to compete against neighboring states. So far, we have only heard words. In 2017, the 36,000 people who work in our industry will settle for nothing short of action.”

Patrick issued this statement, “I support today’s action by the Texas Racing Commission to repeal its rules for historical racing in Texas. As a state district court has ruled, only the Texas legislature can approve any expansion of gambling. With this issue now behind us, I look forward to sitting down with responsible members of the horse racing industry to discuss the future of horse racing in Texas.”

That echos a similar statement made earlier by Patrick. However, Texas horsemen, despite repeated efforts, were unable to get a meeting with Patrick in recent months. That was mentioned at the TRC meeting with at least one commissioner expressing disappointment that such a meeting had not taken place.