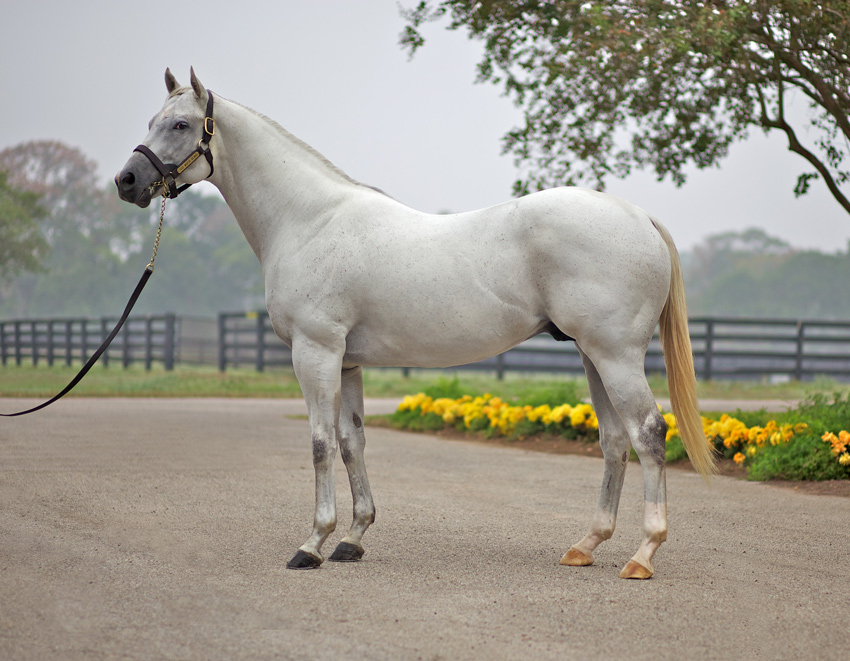 Too Much Bling (Photo by William Jones Miller)

Texas stallion Too Much Bling added another stakes winner to his progeny record on August 5, but this one was a long ways from the Lone Star State as his daughter Too Much Tip won the Grade 3, $38,520 Eduardo Cautino Insua Stakes at Camarero Race Track in Puerto Rico.

The Kentucky-bred, who bred by W.S. Farish and sold for $10,000 at last year’s Keeneland September yearling sale, was the only first-time starter in the field and won by two lengths despite going wide into the turn. She won the six-furlong race over a sloppy track in 1:14.30 with Jomar Garcia riding for trainer Jose Garcia Jr. and owner Belka Stud.

Too Much Bling formerly stood at Farish’s Lane’s End Texas and has been relocated to Valor Farm in Pilot Point, Texas, for the 2017 breeding season. The son of Rubiano has proven to be a prolific sire of stakes horses with 20 blacktype winners and 16 blacktype placers from 144 starters. His progeny earnings now stand at nearly $8 million, and his average earnings per starter are more than $55,000.

Watch a replay of the race by clicking here.