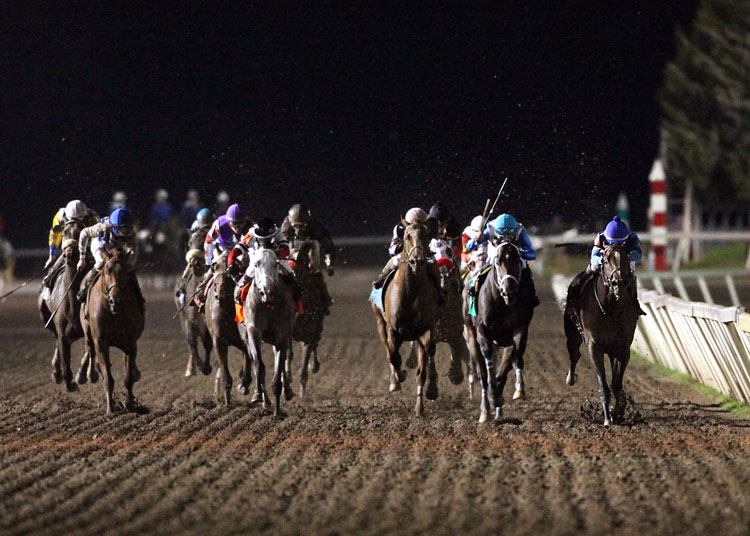 Texas Chrome’s victory in the Grade 3, $400,000 Oklahoma Derby on Sept. 25 at Remington Park may have punched his ticket to a million-dollar racing attempt in the near future.

Owned by Keene Thoroughbreds of Greenville, Texas and trained by J.R. Caldwell, Texas Chrome won the Oklahoma Derby with a thrilling stretch drive. The 3-year-old colt moved inside of the leader, Sticksstatelydude, at the top of the stretch to challenge for the trophy. Moving along the rail, with Sticksstatelydude moving toward Texas Chrome and providing close quarters, the pair raced nose-to-nose for the bulk of the stretch. In the final yards, Texas Chrome pulled ahead to win by a half-length under jockey C.J. McMahon.

The performance showed plenty of heart as Texas Chrome earned his second derby win in 15 days, having won the Grade 3 Super Derby at Louisiana Downs in Bossier City, La. on Sept. 10.

Texas Chrome came out of the Oklahoma Derby well according to Caldwell, who also notes the future plans for his tough charge. “He is a pretty proud boy. We are going to give him a couple weeks to get himself back together. We’ll then pre-nominate to the Breeders’ Cup Dirt Mile and see how it unfolds.”

Texas Chrome, a son of Grasshopper bred by Craig Upham, is the first Texas-bred to ever win the Oklahoma Derby. He becomes the second consecutive winner of the race that was already based at Remington Park prior to the event. Caldwell had Texas Chrome in training at Remington Park since the stable area opened in July.