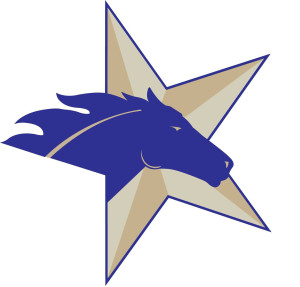 Carded as race #2, the Yellow Rose Stakes for fillies and mares 4 and up going 6 six furlongs has drawn a field of six.  The 6-5 favorite is Shes Our Fastest (Oratory – Dawali), bred by Eureka Thoroughbred Farm.  Trained by Scott Gelner for Mark Norman and Norman Stables LLC, she had a good work on Sunday and is well suited to the distance.

Billy Clevenger’s homebred Zarelda (My Golden Song – Tiz Tiz) won her last out here by 3 ¼ lengths on March 9th.  She is trained by Beverly Burress and had odds of 3-1.

At 7-2 is Dark Desert Wine (Daaher – Lady Countdown), a homebred for Charlie Smith and Terry Propps.  Smith is also the trainer.

The first turf feature of the evening is the mile and one-sixteenth San Jacinto Stakes for fillies and mares. Leading the field of six is 4-5 favorite Texas Belle (Angliana – Inthemiddleofitall), trained by Mindy Willis. Bred by Eureka Thoroughbred Farm and owned by Richard Chandler, she is looking for her third consecutive turf victory.

Sarah Delany will saddle Ian Yarnot’s homebred Corluna (Unbridled’s Heart – Red Moon Cat), who is coming off a win on February 16th and has odds of 5-2.

As part of a field of seven, Supermason and Direct Dial will renew their rivalry in the Spirit of Texas Stakes for 4-year-olds and up going six furlongs. Several of the most accomplished Texas-breds will make this one of the most competitive features on the card.

Bred in partnership by W. S. Farish, Supermason (Grasshopper – Folksy) is a multiple-stakes winner, capturing the Bluebonnet Stakes and Assault Stakes last summer at Lone Star Park. He is owned by Brad Grady and trained by Joe Sharp.

Though Supermason has been installed as the even money choice on the morning line, he will likely have his toughest test from W. S. Farish’s homebred Direct Dial (Too Much Bling – Fast Find). Trained by Steve Asmussen, Direct Dial will be honored by the TTA on Saturday evening as the 2018 Champion 3-Year-Old Colt/Gelding and Horse of the Year.

At 3-1 is Golden Lullabye (My Golden Song – Going Away Baby) owned by Sam Sherman and conditioned by Danny Pish. Bred by Magnolia Racing Stable LLC, she exits a second-place finish in the $65,000 Two Altazano Stakes, run here last month.

According to trainer Mike Neatherlin, the original plan was for Mr Money Bags, who is Triple Crown nominated, to make his next start in this weekend’s Sunland Derby.

“I would have liked that, but Mr. Cobb is struggling with some health issues and the trip to Sunland would have been very difficult,” said Neatherlin. “He loves this horse and will be here Saturday.”

A contentious field of eight turf specialists will compete in the Richard King Stakes, for 4-year-olds and upward at a mile and one-eighth.

Highway Song (My Golden Song – Terrific Speed), winner of the mile and one-sixteenth $50,000 Houston Turf Stakes here on January 27, has been installed as the 8-5 choice in the Richard King. Danny Pish bred, trains and co-owns Highway Song with Dennis Foster.

Pish, who has won six previous editions of the Richard King, reports that this 4-year-old homebred is training well for Saturday’s return.

At 2-1 is Bonjour Baby (Sing Baby Sing – Secret Sweep), trained by Larry Stroope for Alvin Wong. Bred by Tom Durant, he won his last out here on March 2nd.

HIGHLANDER TRAINING CENTER ANNOUNCES GRADUATE INCENTIVE FUND PROGRAM AT LONE STAR
According to a press release, Highlander Training Center located in Sulphur Springs has announced the launch of the HTC “Graduate Incentive Fund Program” hosted at Lone Star Park. The program is designed to help the HTC customer’s racehorse earn a faster return on investment. The program pays the graduate an additional 10% of the total purse money going to the highest finishing graduate, 4th through 1st place. If the purse is $24,000, an extra $2,400 is offered to the graduate qualifying for HTC program money.

The Graduate Incentive Fund Program is offered in eight straight 3-old-races and four 2-year-old races at Lone Star Park for the 2019 Thoroughbred meet. It applies to turf and dirt surfaces along with different distances for all types of horses. In order to provide prep races for upcoming stakes, the races are positioned to be around three weeks prior to the stakes.

For further information on the Graduate Incentive Fund Program, contact Scooter Dodwell at 903-450-7153 or Nancy Wilde at 315-447-6368. Learn more about Highlander Training Center at highlandertrainingcenter.com.

NOTES: House Bills 1995, 2463 and 3366 are scheduled to be heard by the House Licensing and Administrative Procedures Committee at 8am on Tuesday, March 26th.  To listen to the hearing online, go to https://house.texas.gov/video-audio/ and select that committee hearing…Congrats to Texas stallion Expect a Lot, whose first starter Awesome Sunset recently scored a 1 ¼-length victory in his career debut in a maiden special weight race at Sam Houston Race Park…The date for the Texas 2-Year-Olds in Training Sale has moved to Wednesday, April 10 at Lone Star Park.  The undertack show remains as scheduled on Sunday, April 7 at 10a.m.