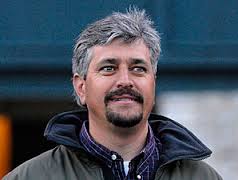 Champion racehorses Rachel Alexandra and Zenyatta, multiple Eclipse Award-winning jockey Ramon Dominguez and multiple Eclipse Award-winning trainer and Texan Steve Asmussen have been elected to the National Museum of Racing’s Hall of Fame in the contemporary category. The electees will be inducted into the Hall of Fame on Friday, Aug. 12 at 10:30 a.m. at the Fasig-Tipton sales pavilion.

Eclipse Award winner for Outstanding Trainer in 2008 and 2009, Asmussen has led all North American trainers in wins nine times and earnings three times. He has ranked in the top 10 in both wins and earnings every year since 2000. In 2004, Asmussen won 555 races to surpass the single-year record of 496 that had been held by Jack Van Berg since 1976. Asmussen broke his own record in 2008 with 621 wins and topped it once again with 650 wins in 2009.

Asmussen earned his record 17th leading trainer title at Churchill Downs in the 2015 fall meeting. He has won 13 training titles at Fair Grounds, 11 at Remington Park, 11 at Lone Star Park, eight at Sam Houston and six at Oaklawn Park. He was the first trainer to surpass 1,000 wins at Lone Star. Asmussen has won a total of 190 graded stakes. He has two prospects for this year’s Kentucky Derby in Gun Runner (winner of the Louisiana Derby) and Creator (winner of the Arkansas Derby).

Asmussen grew up in a racing family, spent a few seasons as a jockey and in a 25-year career has developed into one of the top trainers in the country. Asmussen operates a large stable of some 200 horses with divisions in New York, Chicago, Kentucky, Texas and Louisiana and is a perennial leader in victories in a season..Asmussen’s parents, Keith and Marilyn, are both trainers, and his older brother Cash was a top rider in Europe for many years and now is a trainer.A Lifetime Member of the Texas Thoroughbred Association, Asmussen lives in Arlington, Texas.

The contemporary electees were chosen from a nationwide voting panel comprised of 188 racing writers, broadcasters, industry officials and historians from a group of 10 finalists selected by the Hall of Fame’s 16-member Nominating Committee.