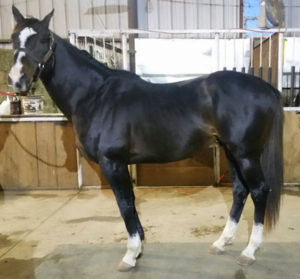 C’Mon Tiger, a stakes-placed son of Storm Cat, has been relocated to Texas for the 2017 breeding season and will stand at Seven S Farms in Mission. He will stand for a $800 fee as property of Marco Sandoval.

After making one start in Ireland, C’Mon Tiger won three of his first four starts in the U.S., breaking his maiden going a mile and then winning two allowance races at Santa Anita. He also finished a close second in the Santana Mile Handicap at Santa Anita, defeating Breeders’ Cup Juvenile (G1) winner Wilko.

He is a half brother to Horse of the Year, two-time Breeders’ Cup Classic (G1) winner and leading sire Tiznow and to multiple graded stakes winner and $2.8 million earner Tizbud. His female family includes Grade 1 winners Oxbow and Paynter.