In light of the recent unfortunate breakdown of grade I winner Monzante, which has once again brought the topic of racehorse safety and retirement to the forefront, I thought I would bring you some positive stories about horses that were retired at the right time and able to have lives beyond the track.

The point of this blog isn’t to point any fingers at individuals in the Monzante situation, but rather to learn from the incident and find out what can be done differently in the future.

When should Monzante have been retired?

Perhaps it was before he ever entered the claiming ranks–especially if he had suffered from a previous suspensory ailment that had a possibility of being re-injured. The gelding had already made 20 starts and earned considerable funds for his connections before he ran in a claiming contest. Of course there is the possibility the horse was completely sound, eager to compete, and the breakdown was just a tragic accident. The best people to determine whether a horse should keep racing or be retired are the horsemen themselves–especially the trainers that work with these animals day in and day out.

Southern California-based trainer Michael Stidham is mindful of the well being of each of the horses in his barn–whether graded stakes winners or claimers. Recent case in point is Sandburr, a gelding that he claimed for $20,000 as a 7-year-old in 2006.

Over the next three years Sandburr won eight races, including four stakes races and earned $476,321 for Stidham and owner Marty Nixon’s Feel the Thunder Stable. He raced until age 10, earning his top Beyer rating of 98 as a 9-year-old. During the twilight of Sandburr’s career in January 2009, Stidham entered the gelding in a $25,000 claiming contest at Fair Grounds Race Course & Slots, where he finished a distant fourth. 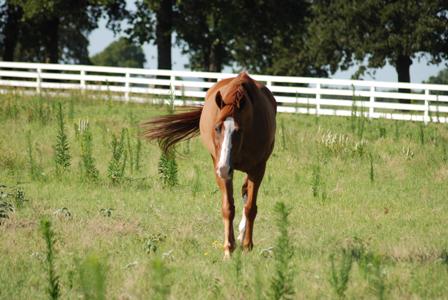 “I called the owner, Marty Nixon and said, ‘We’re at the point now where we have to make a decision,” said Stidham. “If we drop him to $12,000 or $12,500 (races), there’s a good chance he’s going to get claimed, and then you don’t know where he’s going to wind up from there. He may go to the cheap tracks and they’re never going to say ‘stop’ at that level. So we made the decision to retire him.” Stidham said it’s the trainer’s job to be upfront with a horse’s owners when retirement seems like the best option. “Someone has to be the one to say, ‘Enough is enough’–especially when the horse has paid his way and made money for you.’ ” Stidham explained. “If the trainer makes the owner aware of where (horses) can wind up when they get down to that bottom level and what can happen to them, they’ll realize (continuing to run them) is like being cruel to them at that point.” 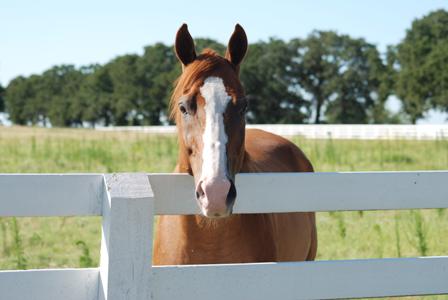 Stidham said the same rule goes for both stakes horses and horses that have always competed at the lower levels. If it becomes apparent the animal is not cut out to be a racehorse, there could be another, more fulfilling career for him if retired from the track before it’s too late.

“That’s not to say we don’t run horses aggressively and drop them down (in the ranks) sometimes, but when we realize there’s no good future for them, we try to do the right thing,” said Stidham. “It’s a difficult because it’s a business along with worrying about the welfare of the horse, and you also have to be concerned about the owner’s money that they put out. But there’s a line you have to draw, and we try our best to draw that line.”

Lucky for Sandburr, the line was drawn at the right time, and the gelding is fully enjoying his retirement at Kathy Volkman’s 250-acre farm near Dallas, Texas. 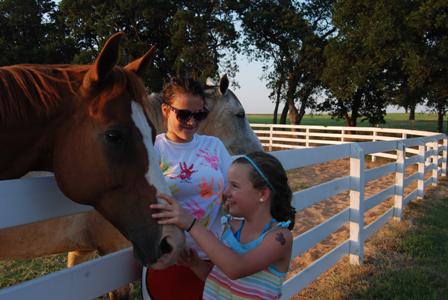 “He’s pretty much a spoiled brat,” said Volkman with a laugh. “He’s a really neat horse and I feel really lucky they chose our farm for him to retire. He did a layup here (during his racing days) and I said when they wanted to retire him, he’d always have a place here. “He’s a very kind soul and is very easy to be around,” added Volkman, who occasionally takes the now 14-year-old gelding on trail rides, but primarily keeps him as a pasture pet and lets her grandchildren groom him and lead him around. 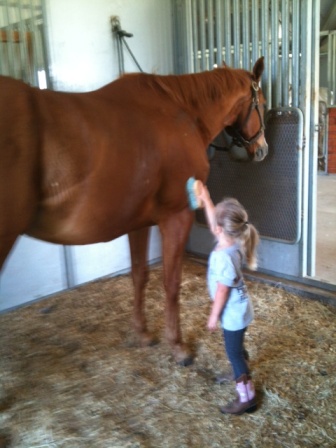 “When he first came here, he was a little high maintenance,” she said. “He got beat up pretty bad and couldn’t seem to get along with anybody. But he’s now the leader of his pasture. He has his buddy that he doesn’t like to be separated from at all. I feel fortunate to have him here and love him to death.”

Sandburr’s buddy to whom Volkman was referring is another retired racehorse, the winning Yankee Victor gelding Flyerman. Both are content with grazing their days away side by side in a 50-acre paddock. “(Sandburr) just does what he wants to do, and he’s happy doing that,” said Volkman. “Whereas some horses need a job, he has his routine and is pretty content doing what he’s doing.”

Stidham hasn’t stopped making sure his own horses have suitable homes once they’re retired–he has also helped horses belonging to others to get out of precarious situations on the track.

One such horse is Intrinsic Worth, who Stidham trained as a 2- and 3-year-old. After the son of Red Ransom got claimed by other connections, Stidham’s assistant Hillary Pridham continued following his career, during which he earned more than $220,000 in 53 starts. After being unplaced in five straight races on the northeast circuit as a 7-year-old, Intrinsic Worth suffered a career-ending injury and Pridham sought out his then-owner and purchased him off the track. 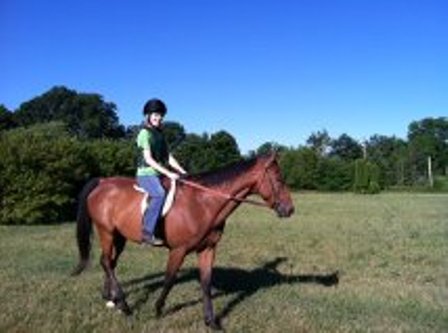 “We kept him for about three years when he first came off the track because he was so lame that he couldn’t be useful for anything,” said Pridham of Intrinsic Worth, who she felt had been pushed far beyond where he should have as a racehorse.

Intrinsic Worth was turned him out to rest and recover, but after six months was still not sound. Pridham contacted her friend, veterinarian Peggy Fleming to ask for help. Fleming brought Intrinsic Worth to her farm, the Florida Equine Acupuncture Centre, in April 2009, and with patience and skill, she was able to bring Intrinsic Worth back to soundness.

Intrinsic Worth now resides with one of his former connections: retired jockey Frankie Lovato Jr., who rode the gelding early in his career. Intrinsic Worth serves as a riding pony in Lovato’s Stampede of Dreams Therapeutic Riding Program, which was established to provide riding lessons with therapeutic benefits to adults and children with disabilities.

“The horse’s disposition is what made him a great fit for the program, and that was Hillary’s attraction to him as a 2-year-old,” said Lovato. “Every horse we bring into the program has to pass some tests and go through the training process and he just passed it all with flying colors.”

Lovato also stressed the importance of retiring racehorses at the right time. Intrinsic Worth was lucky, but Lovato said it had almost been too late to salvage the gelding, who still suffers from an ankle injury that flares up from time to time.

“There are some Thoroughbreds that are just maxed out to where they would have made fantastic horses, but they’re pressed to the point where they become unsound and can’t go on to a second career,” he said. “Unfortunately, there are some people in the business that just don’t recognize when enough is enough. “Intrinsic Worth is pretty sound, but every once in awhile (his ankle injury) flares up and we try to not do too much with him. He’s earned his keep and is such a great horse. Even in our program, he gets that respect…he’s not pushed and he has a great life.” 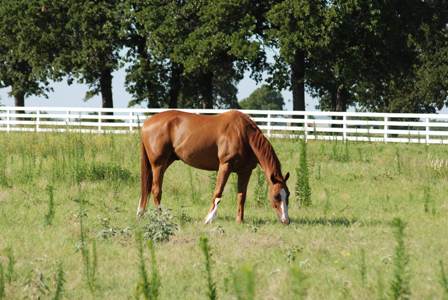 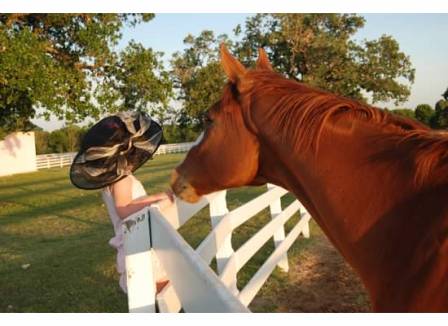 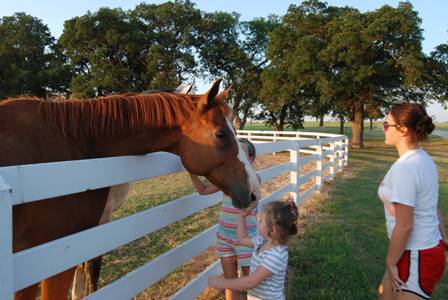